Chariots of Fire is a 1981 musical score by Greek electronic composer Vangelis (credited as Vangelis Papathanassiou) for the British film Chariots of Fire, which won 4 Academy Awards including Best Picture and Original Music Score.

The opening theme of the film, called “Titles” on the album track listing but widely known as “Chariots of Fire“, was released as a single and accompanies the famous slow-motion running scenes on the beach; it took some persuading from Vangelis to be tasked to create an original piece for those sequences, but he eventually was successful scoring big on the Billboard Hot 100 where it achieved #1 and stayed there for 1 week.

It was the film’s director, Hugh Hudson who chose Vangelis to compose the film’s music, being impressed by previous work and having cooperated with Vangelis on commercials in Paris in the 1970s. A Yamaha CS-80 synthesizer was used on the recording. Vangelis played all the instruments, including synthesizers, acoustic piano, drums and percussion, and recorded the score in his Nemo studio in London, which he had set up in 1975. The music that he came up with, mostly electronic for a period film, initiated a new style in film scoring. The use of synthesizers in film scores beyond mere textures, and their convenience in allowing directors, producers, and studios to hear preliminary versions of full scores found its roots in Chariots of Fire. “He [Vangelis] tells us about the way he set about producing the music for Chariots of Fire. About the low budget it really had. About the way in which he endlessly exchanged thoughts with the author about the story. Only when the movie was completely finished did he actually start working on the music for it. Saw it only three times for that purpose and then started work.” — Vangelis interview to Music Maker magazine, September 1982 “I didn’t want to do period music. I tried to compose a score which was contemporary and still compatible with the time of the film. But I also didn’t want to go for a completely electronic sound.” — Vangelis interview in American Film magazine, September 1982.

The score album, however, is almost all re-recorded, and sounds different from the music heard on film, with often richer arrangements, particularly in the “Titles” track. The second part of the album is a one-track suite including music from and inspired by the score. On the other hand, some original themes from the film did not make it to the album. “A record is something other than a film. There have to be changes – not least of all for artistic reasons.” — Vangelis interview to Neumusik magazine, issue 5, August 1981.

Although Vangelis had already done a number of film scores, including those for animal documentaries by Frédéric Rossif, Chariots of Fire was his first major film score, and it immediately gave him his big breakthrough as a composer, as “Titles” was an international hit and changed the whole course of his career. “It occurs very rarely that a composer thinks of his most successful work as his best. I am no exception to that rule. I think of my soundtrack for … Mutiny on the Bounty as endlessly more interesting than Chariots of Fire.” — Vangelis interview to De Telegraaf newspaper, June 15, 1991.

It was his 1st studio feature with credits appearing to Vangelis, whose real, original name was Evángelos Odysséas Papathanassíou.

The musician had changed his name as a teenager (while performing in the popular Greek pop band called Formynx) to Vangelis, meaning “angel that brings good news”, as a derivative of his first name.

The soundtrack “Chariots of Fire” quickly became iconic, being used as theme music for sporting events as well as in many films, TV shows, and commercials.

The “Titles” track of Chariots of Fire has been used in Track & Field (video game), in innumerable parodies in films and television shows, especially in slow-motion sequences.

Chariots of Fire has been used during celebratory occasions for organizations. For one notable example, it was played when Apple Inc.’s chairman Steve Jobs introduced the first Macintosh on January 24, 1984, at a technology demonstration event.

Chariots of Fire is a 1981 British historical sports drama film directed by Hugh Hudson, written by Colin Welland, and produced by David Puttnam. It is based on the true story of 2 British athletes in the 1924 Olympics: Eric Liddell: a devout Scottish Christian who runs for the glory of God, and Harold Abrahams, an English Jew who runs to overcome prejudice. Ben Cross and Ian Charleson star as Abrahams and Liddell, alongside Nigel Havers, Ian Holm, John Gielgud, Lindsay Anderson, Cheryl Campbell, Alice Krige, Brad Davis, and Dennis Christopher in supporting roles. Kenneth Branagh makes his debut in a minor role.

The film Chariots of Fire, was nominated for 7 Academy Awards and won 4, including Best Picture, Best Original Screenplay, and Best Original Score for Vangelis‘ electronic theme tune. He was a Greek composer of electronic, new age and classical music. At the 35th British Academy Film Awards, the film was nominated in 11 categories and won 3, including Best Film It is ranked 19th in the British Film Institute’s list of Top 100 British films.

The film’s title was inspired by the line “Bring me my Chariot of fire!” from the William Blake poem adapted into the British hymn “Jerusalem”; the hymn is heard at the end of the film. The original phrase “chariot(s) of fire” is from 2 Kings 2:11 and 6:17 in the Bible. 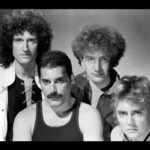