It was released as track #10 in the conceptual album Time (1981) between “The lights go down” and “21st century man”. In January 1982, it was released as a double A-side with the other song being “Ticket to the Moon”, reaching #24 in the local UK charts. The song makes heavy use of synthesizers, but also includes guitar, bass guitar, piano, and a drum kit. The song is in strophic form, lasts 3:43 and ends with a fade out. The song is about the news programs as imagined in 2095 in bits and pieces with voices from random news reports in the background during the song.

“Here is the News” includes bits and pieces of newscasts that are completely made up by Jeff Lynne and also feature an American newscaster usually broadcasting in Germany to the US troops stationed there. The random and frantic news readings are in the chorus and are imaginary events of the future, around 2095, in line with the story of the concept album “Time” and as imagined its Time traveler protagonist would hear.

The intense rhythm of the song, where voices and sounds compete and overlap frenetically, especially in the choruses, with so much depth of layers that many lyrics and voices are unintelligible, allows all sorts of different content and sounds, in a remarkable and energetic collage of music and lyrics, as always, imagining a stressful end of the 21st century and sadly expressing nostalgia for the “good old 1980s” (“I wanna go back”). Click on lyrics below.

For the LYRICS of the song: “Here is the News by ELO” in music video Click Here!

ELO (Electric Light Orchestra) were formed in 1970 in Birmingham, UK, by Jeff Lynne and Roy Wood. Roy Wood later leaves and forms his own band leaving Jeff Lynne and Bev Bevan who replaced and enhanced the band that was highly successful and popular throughout the 70s into the 80s, eventually pioneering the newly available technology of the time and mixing it with more traditional sounds. After a good tour in 1982, the new styles of music of the 1980s took over moving far ahead and determined a gradual decline that became inevitable in the middle of the decade and led to the group being disbanded in the late 1980s.

What was the original lineup of ELO?

The ELO (Electric Light Orchestra) was started by Jeff Lynne and Roy Wood, songwriters, vocalists and multi-instrument players, with drummer Bev Bevan. Members came and went through the 2 decades (70s and 80s) of max activity and now officially include Jeff Lynne and Richard Tandy only.

What is the “Here is the News” song by ELO about?

“Here is the News” is about the frantic and overwhelming input of news and information in an imaginary society around year 2095. The bits and pieces of newscasts strewn all over the song, especially the choruses, make the “uncomplicated” 1980s feel so missed by the album’s story character and nostalgic time-traveler.

How fast is the beat of Here is the News by ELO?

“Here Is the News” was played and recorded by ELO at 140 Beats Per Minute and is a high energy, intense song with lots of input in terms of sounds and lyrics.

What’s so unique about ELO?

ELO brought together electric rock and pop music with classical contributions, creating a sound that was very different than the raging punk rock of the time and very unique, with outstanding and lasting success, making it a legendary band.

What are the nonsensical news in the ELO song Here is the News?

They are the news as imagined by the author for the time-traveler of the album Time. They are what the character hears at a frenetic and overwhelming rhythm and either don’t make sense or are unintelligible. They were made up by Jeff Lynne as imagined in the year 2095.

Who read the news in ELO’s Here is the News?

They were read by Jeff Lynne himself, but also an unnamed American newsreader who was serving the news to US troops stationed in Germany, location of the studio (Musicland studios, Munich) where the song was being recorded.

Were the news in Here is the News by ELO copied from elsewhere?

They were all completely made up by Jeff Lynne, despite some claims from radio stations and other sources, that were easily struck down. They were made to sound realistic in the year 2095. 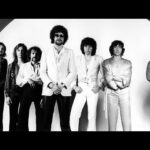