“Another Day in Paradise” is a recorded by English drummer and singer Phil Collins who also .produced it along with Hugh Padgham. It was released as the 1st single from his #1 album …But Seriously (1989). As with his song for Genesis, “Man on the Corner“, the track is about the problem of homelessness, departing from the dance–pop music of his previous album, No Jacket Required (1985).

Collins sings the song from a 3rd-person perspective. In the 1st verse, he observes a man crossing the street to ignore a homeless woman, and he implores listeners not to turn a blind eye to homelessness because, by drawing a religious allusion, “it’s just another day for you and me in paradise“. Collins also appeals directly to God by singing: “Oh Lord, is there nothing more anybody can do? Oh Lord, there must be something you can say?” In the 2nd verse, the woman comes upon another man, who presumably does not ignore the woman’s plight and gets her help, and in the 3rd verse, the woman’s circumstances have improved, and now draws from this experience to help others.

The song was Collins’ 7th and final Billboard Hot 100 #1 single, and the first #1 single of the 1990s. It was also a worldwide success, eventually becoming one of the most successful songs of his solo career. It won Collins and Padgham the Grammy Award for Record of the Year at the 1991 awards ceremony, while it was also nominated for Song of the Year, Best Pop Vocal Performance, Male and Best Music Video, Short Form. “Another Day in Paradise” also won an award for Best British Single at the 1990 BRIT Awards.

The song was also the final #1 song of the 1980s in the US, and remained at #1 for 4 weeks, which classifies the song as a hit from the 1990s as well. This song is notable for keeping Janet Jackson’s “Rhythm Nation” from ever reaching #1. It also saw out the 1980s and saw in the 1990s at the top of the German singles chart. The song had already reached #2 in the UK in November of that year..

Popular music historian Colin Larkin wrote that “Another Day in Paradise” had been widely criticised. Collins addressed the criticism from the English rock press at the time of its release, who found him unqualified to sing about the poor due to his wealth, by saying: “When I drive down the street, I see the same things everyone else sees. It’s a misconception that if you have a lot of money you’re somehow out of touch with reality.”

Singer-songwriter and political activist Billy Bragg was scathing of the song in an interview in 2000, drawing a contrast between Collins and an act he admired, the Clash, stating: “Phil Collins might write a song about the homeless, but if he doesn’t have the action to go with it he’s just exploiting that for a subject.” In 2003, Andrew Collins described the song as a “bland redress” for the subject of homelessness in the New Statesman. Caroline Sullivan of The Guardian dismissed the track in 2007 as “a song that addressed the issue of homelessness with the same insight as Sporty Spice‘s ‘If That Were Me‘”. Writing for the BBC in 2010, David Sheppard described the song’s lyrics as “cringe-worthy” and gave it as an example of Collins “painting the bull’s-eye on his own forehead” when it came to his negative status with music critics.

Writing for MSN in 2013, Hugh Wilson contrasted Collins’s concern for the homeless in the song with his concern as a multimillionaire at the prospect of the UK’s election of a tax-raising socialist government. Referring to Collins’s statement that he would consider leaving the UK with the election of a Labour government, Wilson noted that the song led to “accusations of hypocrisy” because Collins had “bemoaned the plight of the homeless” in it. Wilson also said Collins became “an easy target when future elections came round”. 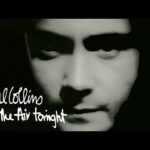 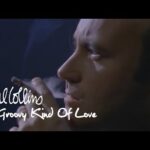 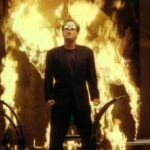