“Walk Like an Egyptian” is a song recorded by the American band the Bangles. It was released in 1986 as the 3rd single from the album Different Light. It was the band’s 1st #1 single, being certified gold by the RIAA, and became Billboard‘s #1 song of 1987.

Liam Sternberg said he was inspired to create the song while on a ferry crossing the English Channel. When the vessel hit choppy water, passengers stepped carefully and moved their arms awkwardly while struggling to maintain their balance, and that reminded Sternberg of the depiction of human figures in ancient Egyptian tomb paintings. He wrote the words “Walk like an Egyptian” in a notebook. Later, Sternberg looked back in the notebook, and composing the melody with a guitar, he put together an up-tempo song with lyrics about Egyptian hieroglyphs, the Nile River, crocodiles, desert sand, bazaars and hookah pipes and then segued into modern scenes of blond waitresses, school kids and police officers.

Sternberg finished a demo version by January 1984 with singer Marti Jones. He offered it to Toni Basil, who turned it down. Lene Lovich recorded the 1st version of the song, but it went unreleased when she decided to take a break from music to raise her family. David Kahne from Peer Southern Publishing was the producer of Different Light; he received a copy of the demo and liked it, especially Jones’s “offhand quality”.

Kahne took the song to the Bangles, who agreed to record it. He had each member of the group sing the lyrics to determine who would sing each verse; Vicki Peterson, Michael Steele, and Susanna Hoffs sang lead vocals in the final version on the first, second, and third verses, respectively. Kahne disliked Debbi Peterson‘s leads, so she was relegated to backing vocals, which angered her and caused tension within the group. The situation was exacerbated by the use of a drum machine in place of her drumming, further diminishing her role in the song. She can be seen playing the tambourine during their 1986 performance on The Old Grey Whistle Test. The whistling in the song was played by a machine.

“Walk Like an Egyptian” debuted on the Billboard Hot 100 in September 1986. The song reached a peak of #3 on the UK Singles Chart in November 1986 and reached #1 in the US on December 20, staying at the top of the Hot 100 for four weeks, carrying it over into January 1987. The success of the song and “Manic Monday” propelled Different Light to #2 on the Billboard 200 chart, making it the group’s most successful album.

The music video for “Walk Like an Egyptian” was nominated for Best Group Video at the 1987 MTV Video Music Awards. It features both the Bangles performing the song at a concert and scenes of people dancing in poses similar to those depicted in the Ancient Egyptian reliefs that inspired songwriter Liam Sternberg. Most of these people were filmed on the streets of New York City, although special effects were used to modify photos of Princess Diana, Libyan leader Muammar Gaddafi, and the Statue of Liberty. In a popular scene from the video, Hoffs was filmed in a close-up where her eyes moved from side to side, looking left and right. When asked about the scene in an interview, Hoffs explained that she was looking at individual audience members during the video shoot, which took place with a live audience. Looking directly at individual audience members was a technique she used to overcome stage fright, and she was unaware that the camera had a close-up on her while she was employing this technique, switching between one audience member on her left and one on her right.

“Walk Like an Egyptian” was one of the songs which were claimed to have been banned by Clear Channel following the September 11, 2001 attacks. Snopes in researching this found that the list was simply suggestions regarding songs to be sensitive about when deciding what to play. It was also included in a “list of records to be avoided” drawn up by the BBC during the Gulf War. 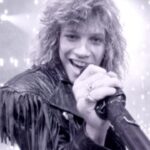 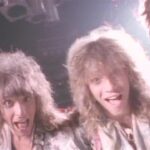 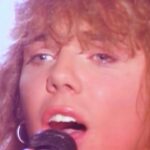 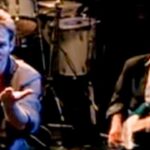 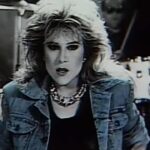